The economic crisis caused by the COVID-19 pandemic in 2020 and the energy crisis resulting from the war in Ukraine in 2022 have had a significant impact on the attitude of industrial state governments to using stabilization policies as a method of mitigating the effects of crises. While earlier, especially after the 2007+ crisis, industrialized countries focused mainly on maintaining price stability, their stabilization policy during the last two crises is more focused on supporting economic growth. The change in attitude in the stabilization policy took place without a visible change in the theoretical foundations of this policy. Its basis is still the New Neoclassical Synthesis, the assumptions of which are reflected in the strategy of inflation targeting, which creates the doctrinal context of the monetary policy of modern central banks.

The problem of interrelations between price changes and economic growth is among the most frequently and most intensely discussed issues of modern macroeconomics. The discussion is multidimensional and embraces a broad circle of participants representing  economic theoreticians, experts, practitioners (especially connected with central banking) as well as politicians and feature writers implementing or commenting on current policy of authorities. The importance of effects resulting from changes in the two categories for the conditions in which economies and societies of particular countries function causes that it is not easy to find a compromise or reach a common position which would satisfy all participants of this dispute. Nevertheless, as a result of all the discussions, empirical research which is carried out and observations of economic practice, at the end of the 1980s and the beginning of the 1990s the developed countries managed to reach a kind of consensus in this matter which became the basis of modern doctrine of mid-term economic policy of the state and monetary policy of the central bank. 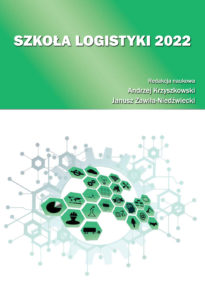